The shortest route to the longest path

Recently I had to quickly come up with Python code that found the longest path through a weighted DAG (directed acylic graph). This particular DAG had a single start node and a single end node, but there were multiple weighted paths from the start to the end. "Longest path" in this context meant the path with the highest sum of weights.

To begin with, I coded up an exhuastive algorithm for trying all possible paths. This wouldn't be fast enough in the general case, but it didn't take long to write and is useful for comparison.

Internet rumour (contradicted by Wikipedia I now see) had it that the well-known Dijkstra's algorithm for the shortest path could be adapted for longest paths (but only in a DAG) by using the negative of the weights. However, a test of a couple of libraries for doing so indicated that negative weights were not supported (segfault with R for example), and I didn't want to code Dijkstra myself, so I decided to hunt around the internet for a direct solution to the longest path problem.

Geeksforgeeks (appropriately enough I guess) had an lucid description of a 3-step algorithm which I implemented. The only snag was that Step 1 involved a topological sort. Again, I didn't want to spend any time figuring this out so I looked for an implementation in Python and found one at ActiveState's Python recipes. I note that another popular Python implementation is available at PyPI.

Here's the code (if you are using an RSS reader to read this, you may have to click through to the original blog post):

Got CPUs to burn? Put 'em to work with GNU parallel

In the past, if I had a large number of single-CPU computationally intensive jobs and multiple CPUs to run them over, I would create separate bash scripts for each CPU with a line for each calculation, e.g. ./runthis input1.smi > output1.txt. This is not super-ideal as different jobs take different lengths of time and so any CPU that finishes its bash script ahead of schedule just sits there idle. It also involves making N separate bash scripts.

Enter GNU parallel. This comes with several Linux distributions but on Centos I just quickly installed from source. Once done, you just need to put all of the jobs in a single script and pipe it through parallel:
There are a whole load of complicated ways of using parallel. I'm very happy with this one simple way.
: 15:16 3 comments:

Anatomy of a bug fix

There's been a longstanding problem with the 2d layout in Open Babel. When support for correct layout of cis/trans stereo was added, it was done as a correction to the initial layout rather than as an intrinsic part of the layout. This means that after nicely laying out a molecule to avoid overlaps, it may then flip two groups at the end of a double bond, crashing one part of a molecule into another.

At the time, given that the depiction code had just moved from no support for stereo to supporting it correctly (at a small expense of layout), sorting this out was way down my priority list. Anyhoo, a couple of days ago I decided to revisit this issue. Here's an example before and after: 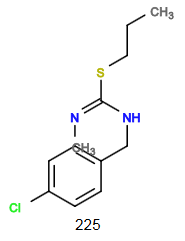 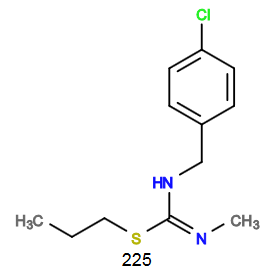 I thought it might be interesting for some (or perhaps not) to see behind-the-scenes how one might go about sorting out something like this. In this case, I already knew the technical fix, but it still took some time to ensure it was done right. It's not quite #realtimechem, but probably as close I'll get.

GaussSum is a GUI that can monitor the progress of comp chem calculations and also calculate predicted spectra for comparison with experimental results.

I've just made a release of GaussSum 3.0. This marks the first time I've released code that uses Python 3 so I'm interested to see whether this will affect take-up.

The files are available at SourceForge, where there are also install instructions.

Here are the release notes:


This release has no new functionality apart from updates to the parser. The main reason for this new 3.0 release is that the codebase has been modernised so that GaussSum will continue to work in future. Specifically, GaussSum is now a Python 3 application, and it uses Python's Matplotlib for all graphs instead of Gnuplot. Also the dependency on Python Imaging Library has been removed.

Unfortunately, because of the move to Python 3, Linux users that are not on fairly recent distributions may not find either python3-numpy or python3-matplotlib in their package manager. If this is the case, you'll either have to update your distro or try compiling them yourself.

The Windows release is now a self-installing .msi courtesy of Python's cx_Freeze.


Since I'm now using Matplotlib instead of Gnuplot, if you want to spruce up your staid scientific plots à la xkcd, uncomment "# pyplot.xkcd()" in mpl.py. Then you can make graphs like the following: 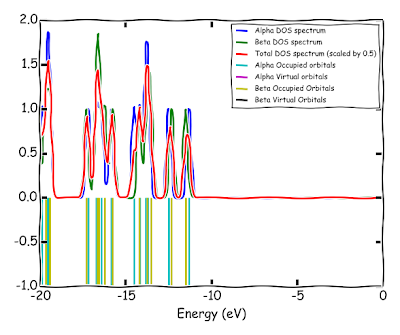 Like a perfect alignment of stars, the Teach-Discover-Treat initiative touches on several areas of interest of mine. Its aim is to encourage the development of tutorials for drug discovery that involve freely-available software. The winners get a cash prize plus partial reimbursement of expenses to attend the ACS National Meeting where they will present the results. The competition is now open over at the TDT website.

I was fortunate to be present at the recent Spring ACS in New Orleans where the winners of the inaugural competition were presenting: Paulo Tosco, David Koes, George Nicola and Khaled Elokely. Unfortunately the tutorials themselves do not seem to be directly available on the web (and so will not be found by Google) but after agreeing not to be unethical you can download them from this page.

The results of the current competition will be presented at the ACS in San Francisco next year. Maybe I'll see you there.
: 09:17 No comments: